Just wanted to share the journey I have had been on last summer.
As I was finally going back to stationary PC I have decided that I don't really want to spend a lot of money on a dedicated computer desk - yes there are some budget options but the appearance of these is rather... Ugly. With that I finally decided to embark on my biggest yet wood and resin project - there were smaller but I never got pictures of these and the one I did ended up as a paperweight...

With this little intro it is time to begin!

First and foremost I have reclaimed an old circular solid wood dining table - not sure what wood it was but it was soft and easy to work with - definitely nothing from the expensive range! But for my purposes it was perfect! I ended up measuring approximately 80x55cm rectangle and using my jigsaw cut the shape out of the circle used for the tabletop. No pictures from this stage unfortunately as I was trying to record with my old GoPro Hero but the battery kept dying and so I had to leave this without a picture to show. After that I have further cut out a L shape out of the rectangle to create channel for the coloured resin to pour into and to expand my desk dimensions to 90x60cm total - target measurements for the space I have for it.

Next I used a butane torch to create Shou Sugi Ban effect on the wood - burning it to the point where I was happy with the texture of the wood showing the alligator skin effect on both pieces. I have to note here that there were some holes left in the wood from me removing the threaded inserts (I did save them for future projects in true DIY style!) - you will see on the pictures that I burned the wood more there till the ash started showing through the black char of the wood.

Now wood is a porous material and with any type of resin work - to ensure there is no air bubbles but also that the volume of resin is not higher than calculated - you have to seal it first. For this I coated the resin with a soft bristle brush in a thin layer - making sure that the bristles won't detach during this process using some masking tape on the outside of them. I haven't had any dropped using this method, although I can not be sure if that is because I just had luck or the tape actually made the difference (the brush was from a pound shop).

After that I have moved the project indoors as the weather in UK was rather unpredictable during the time and I was worried that the large coats of resin will be affected by temperatures outside but also as it was in my garage - I will end up with a lot of spiders embed into my desk!

To align the pieces evenly and maintain a rectangle shape I have used wooden craft sticks with cut pieces at even lengths secured with blue tack to the wood to maintain the correct gap throughout.

Resin is very viscous and will do it's best to find the smallest hole to leak out of - to ensure this doesn't happen I have used a large piece of plastic screen that we had excess of left at work as the base on which to set the cured pieces of wood, followed by some other plastic bits I have left over from a friend from his work cut to size to build a mould for the next steps. These were secured to the base using hot glue to create a robust seal around the pouring area with some bamboo skewers acting as spacers from the wood that will be encapsulated in resin. There was a lot of it used with excess to ensure I will have no leak problems but I additionally secured the whole area with a plastic sheet underneath in case I missed something as I didn't want to ruin the carpet.

With that all complete it was time to pour the first layer of resin into the channel - this was an opaque white pour which I forgot to capture - the colour alone would be too thick for the LEDs that I wanted under the coloured strip to shine through. Once the resin started to set (soft and easy to indent with a finger, yet not sticky) I have poured a second pour - this time with the two colours you can see on the pictures attached.

On the teal section I have made a mistake of adding a little to much hardener and as the volume of the resin in the container was quite high - it was starting the reaction quicker than working time of 30 minutes and I had to rush pour it - this created air bubbles that I had to tackle later.

It was late, so I covered the piece with a plastic sheet and left it for the next day.

The following morning I inspected my work and wasn't happy with the air bubbles that formed due to my mistake. I hand sanded them lightly, so that the bubbles are not sealed and created voids which I could fill in later with a clear resin flood coat. After lightly sanding the whole piece I did made one more mistake - I lifted the whole piece out of the mould - detaching it from the bottom plastic and removing the seal it created during curing. This resulted in more problems and learnings later...

I light sanded the whole piece to ensure resin has a surface to grab onto and place the piece back into the mould. After mixing more resin for the flood coat I poured it straight away onto the piece starting with all the cavities created by the earlier air bubbles - snapped a quick picture and left it to set for the next day after covering everything to protect it from dust again.

The next day I have noticed that the first flood coat somehow decreased in height to where it was previously and discovered that resin made it's way under the piece. After quickly making a mental note not to lift the piece out of the mould I knew that another coat will be needed. This is where I have decided to add a bit of blue metallic flake shine to the next coat instead of just keeping it clear.

But before that pour I have taken quick measurements as to where I want the legs to be to ensure I can build an apron and attach legs to the table in the spots where they won't interfere with the LEDs. Once it was all done the last pour was made and after covering the piece once again I went onto working on the legs and apron.

There isn't any pictures of that as it was a fairly simple construction with wood screws and reclaimed table legs. After it was all assembled I painted it satin black as I envisioned it will go well with the rest of the table and not steal the show from the top.

After final coat of resin was hardener for 24 hours (should have left it for 48) I removed it from the mould and run a router along the edges to remove sharp corners. Apron and legs have been screwed in using metal angles after pre drilling holes for the woodscrews and the table was ready to be moved into the room.

A few weeks later I have added LED strips in cool white soldered to 12v power supply for the light effect but between completing the desk and working for the LEDs I have had another idea to improve the desk and give myself another project, so I have mounted them directly under the coloured resin parts with electrical tape for now.

Once I finished working with the improvements for the desk I will post another thread with another DIY and looping back to this project. For now - enjoy the pictures and I hope you also enjoyed this write up 🙂 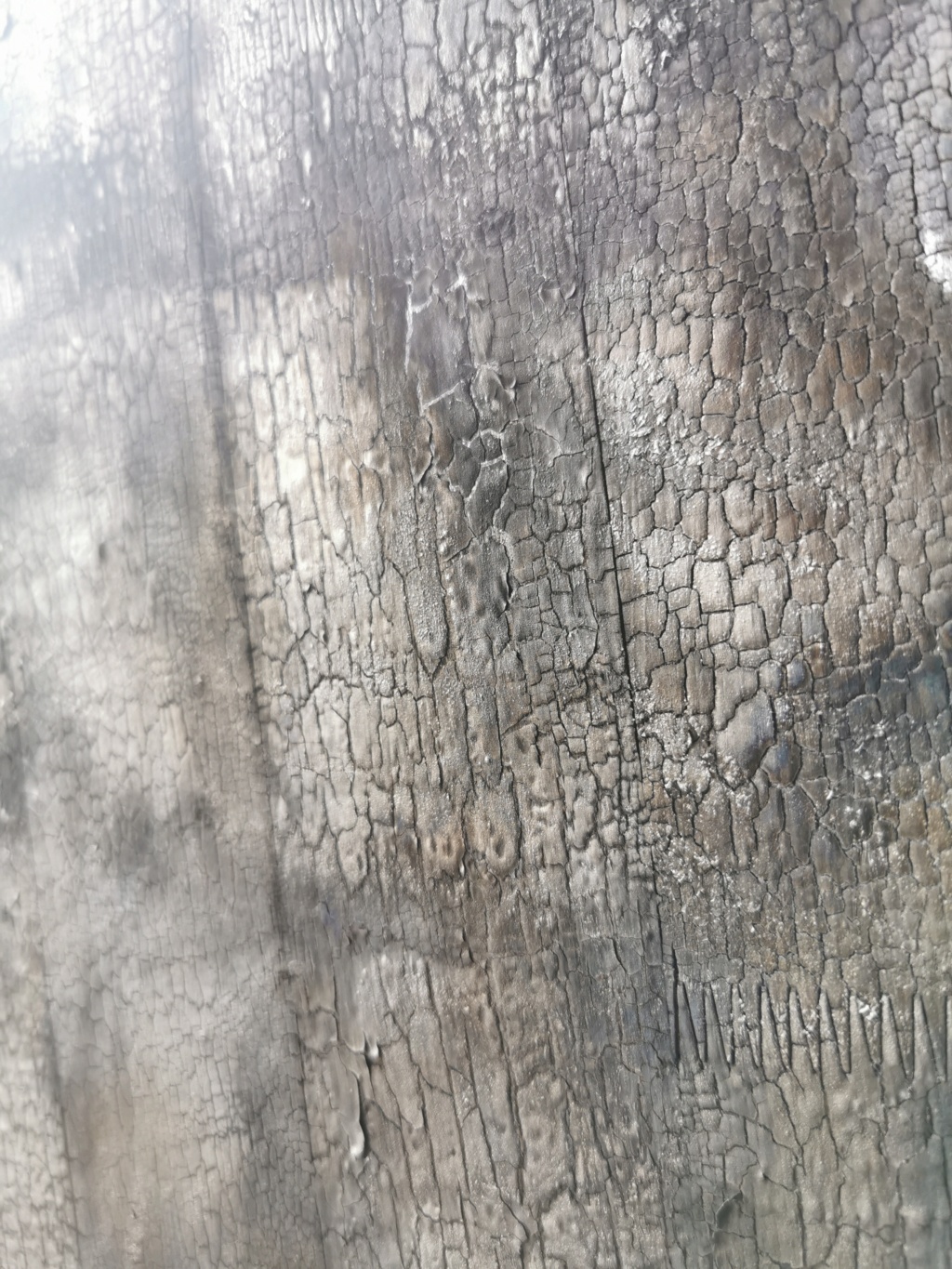 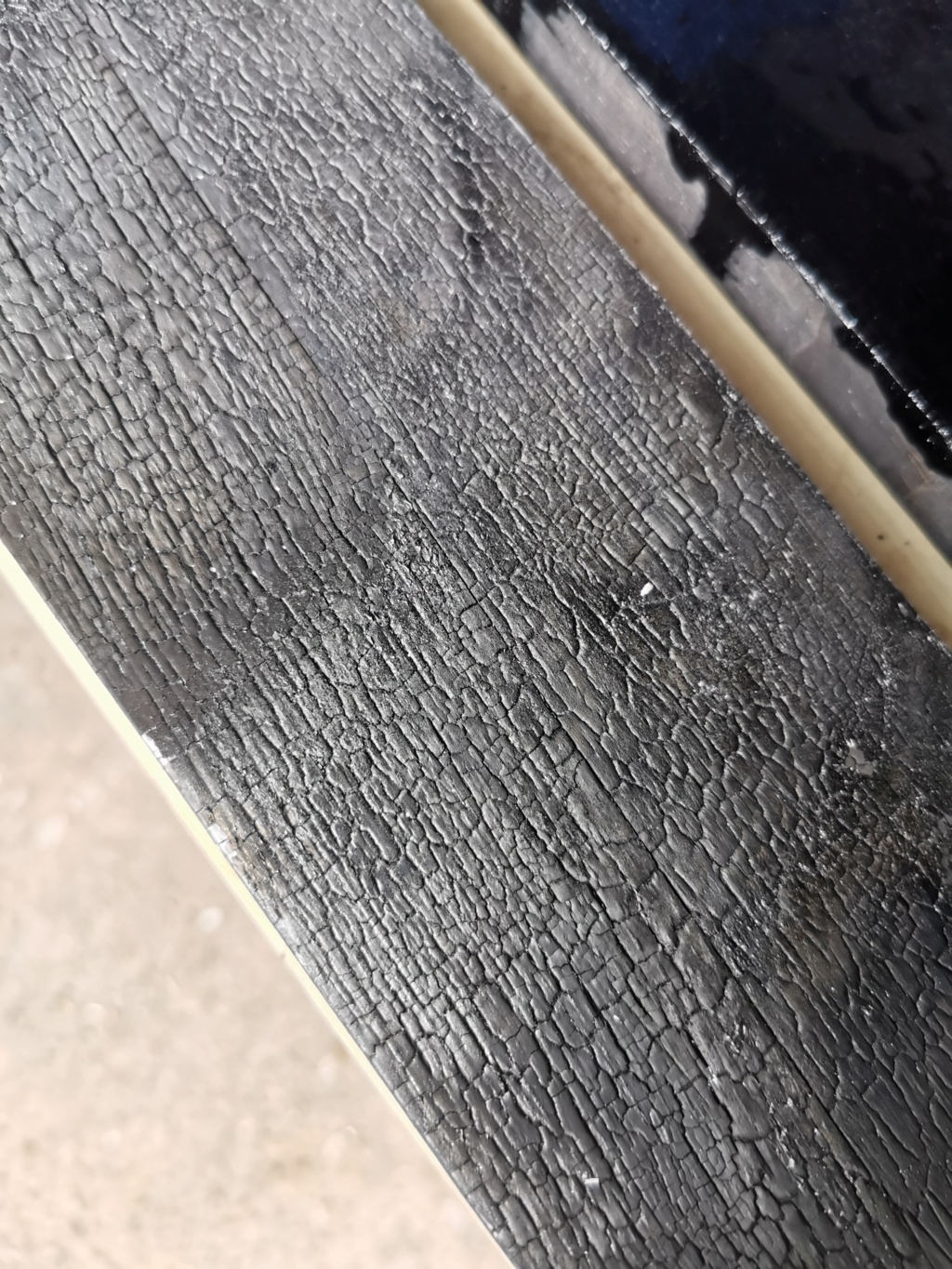 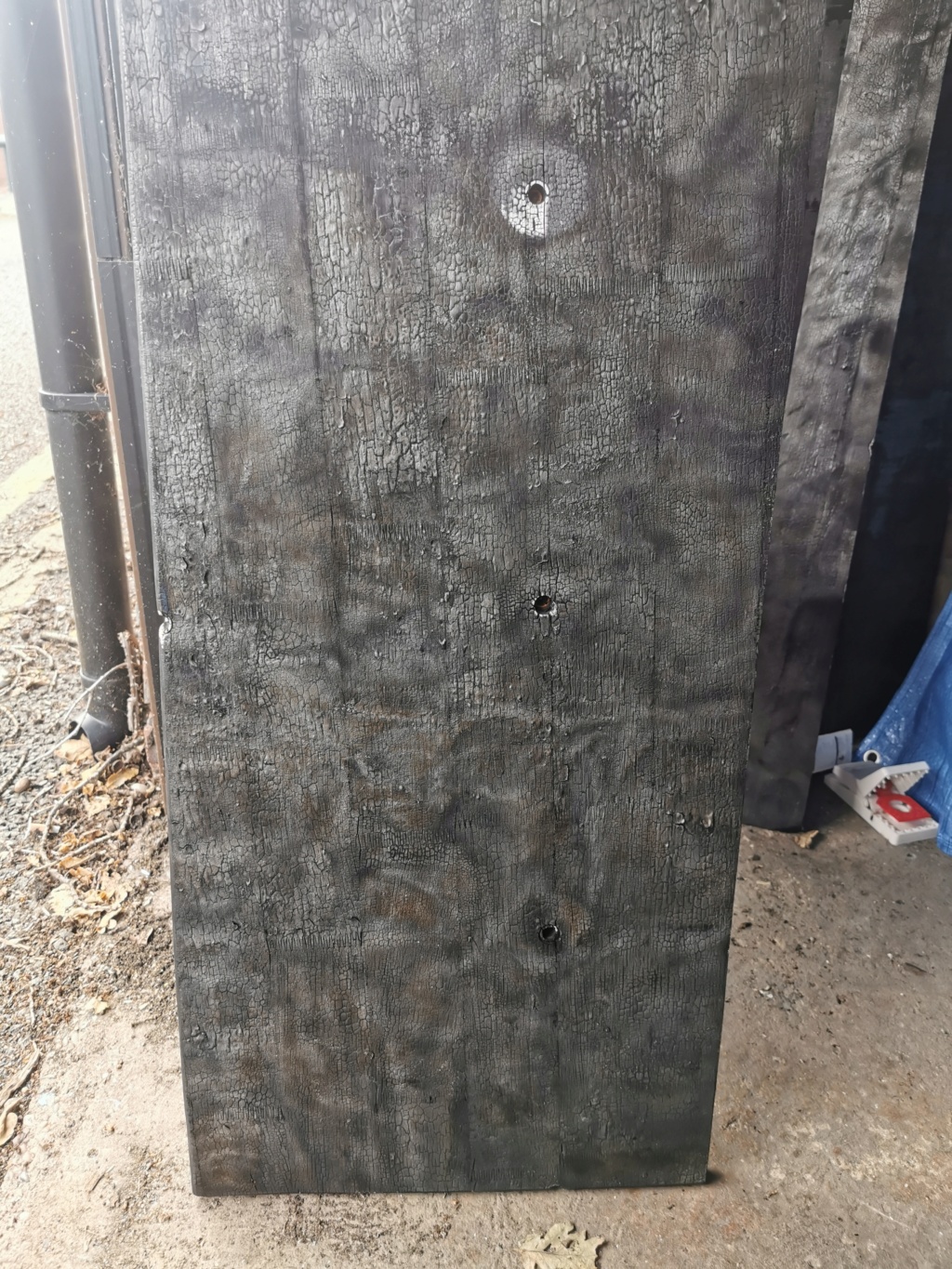 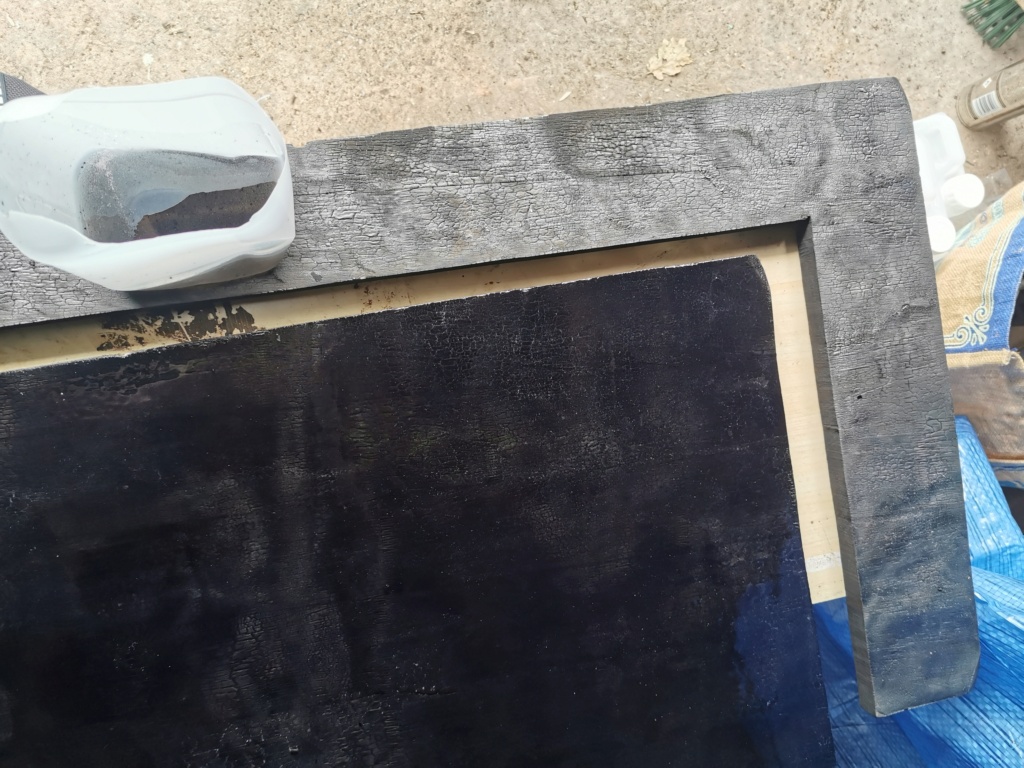 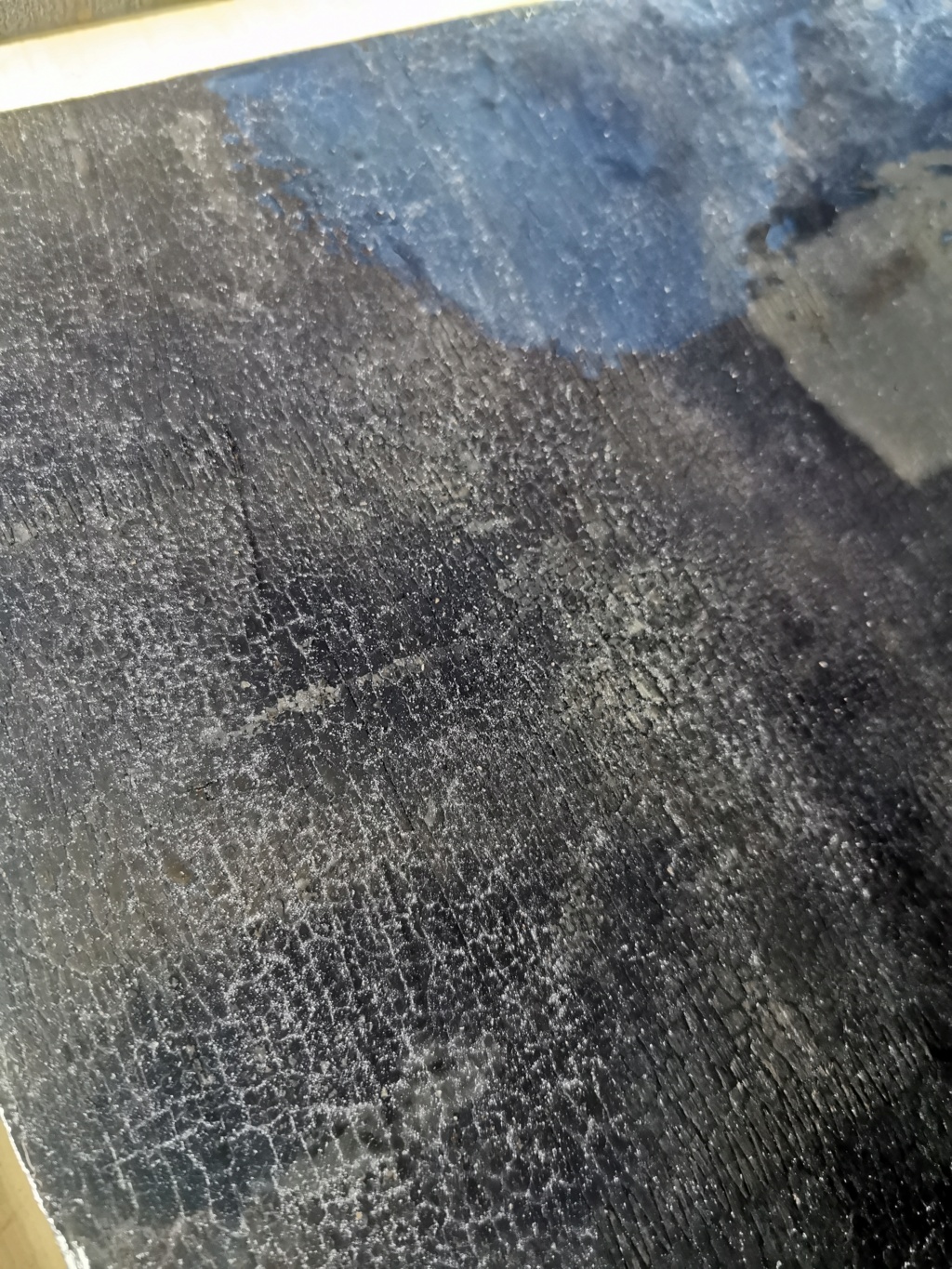 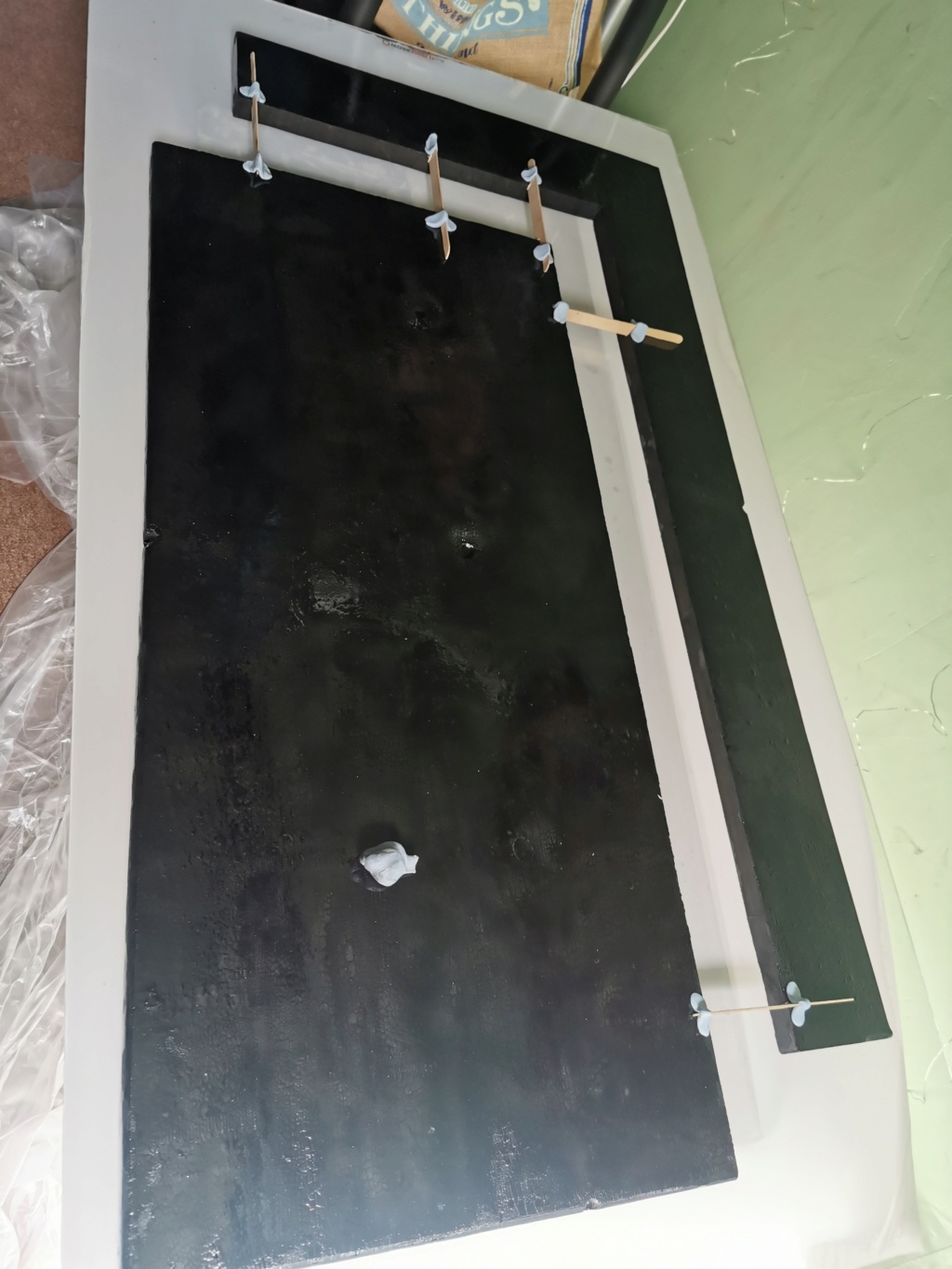 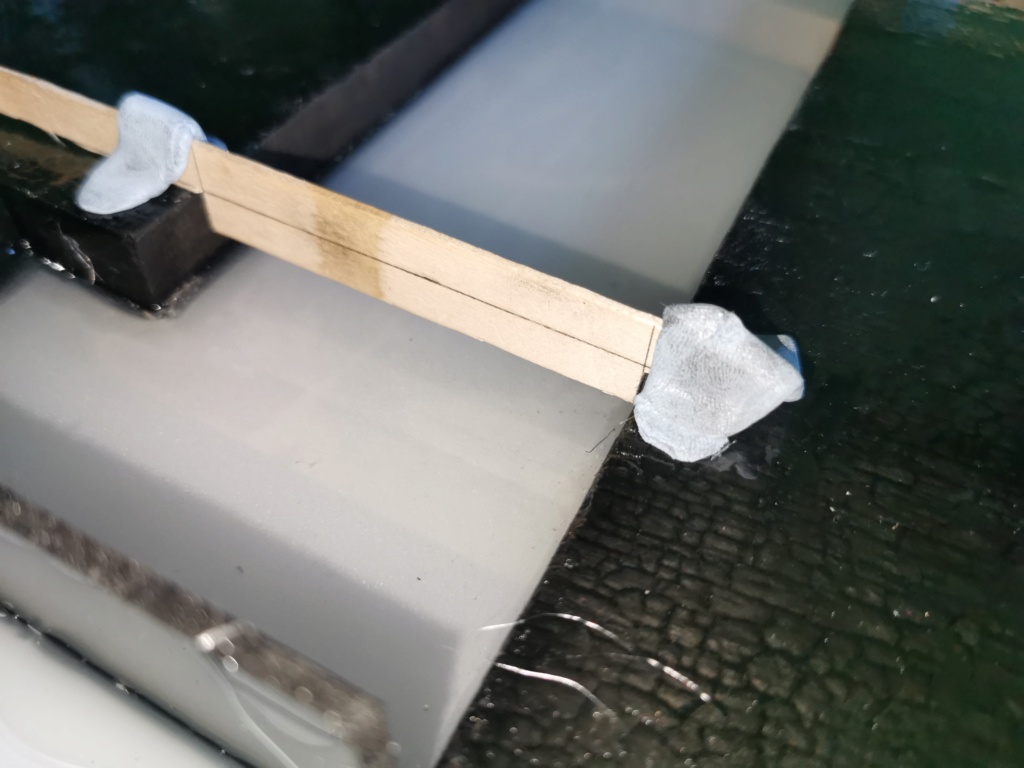 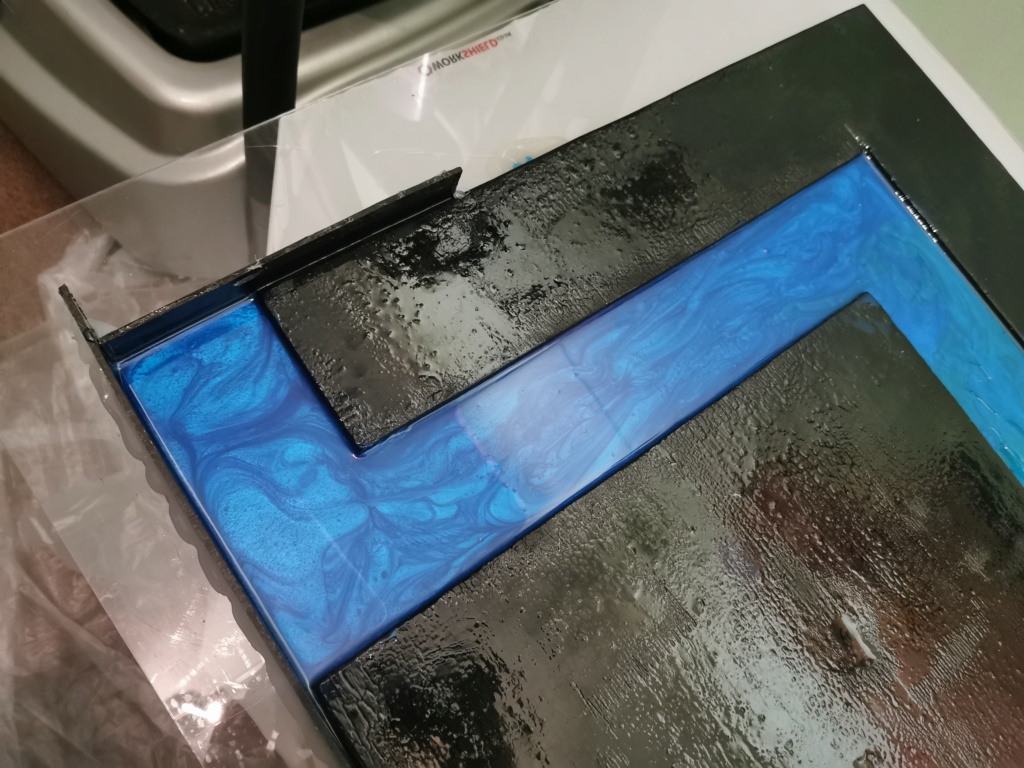 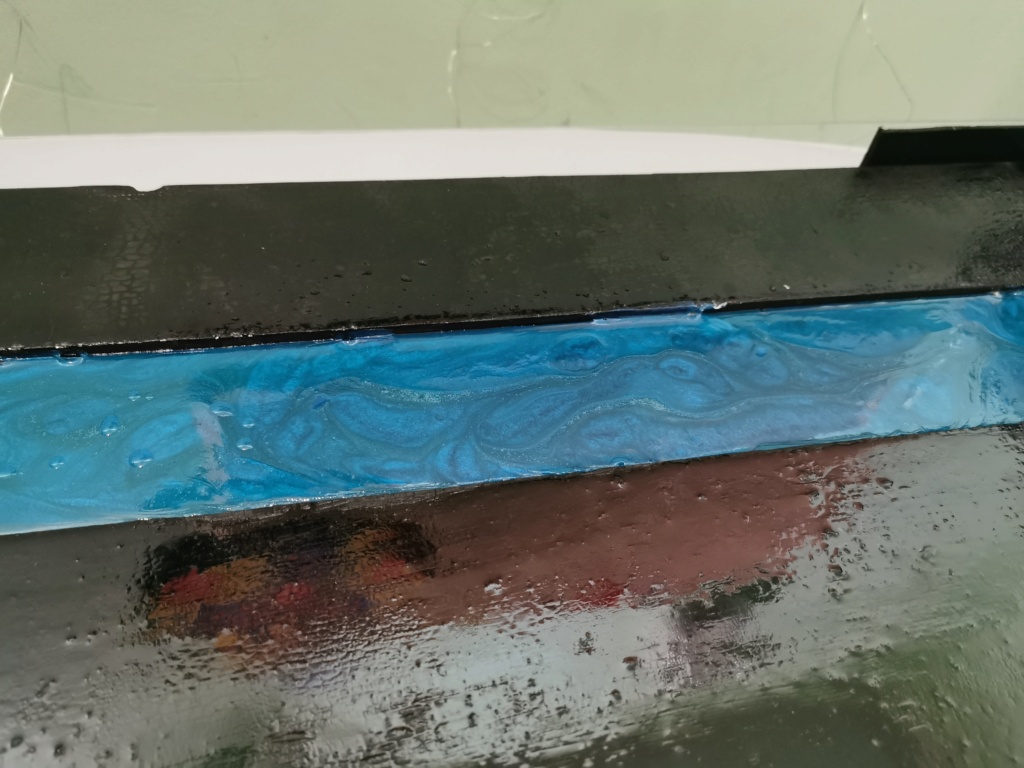 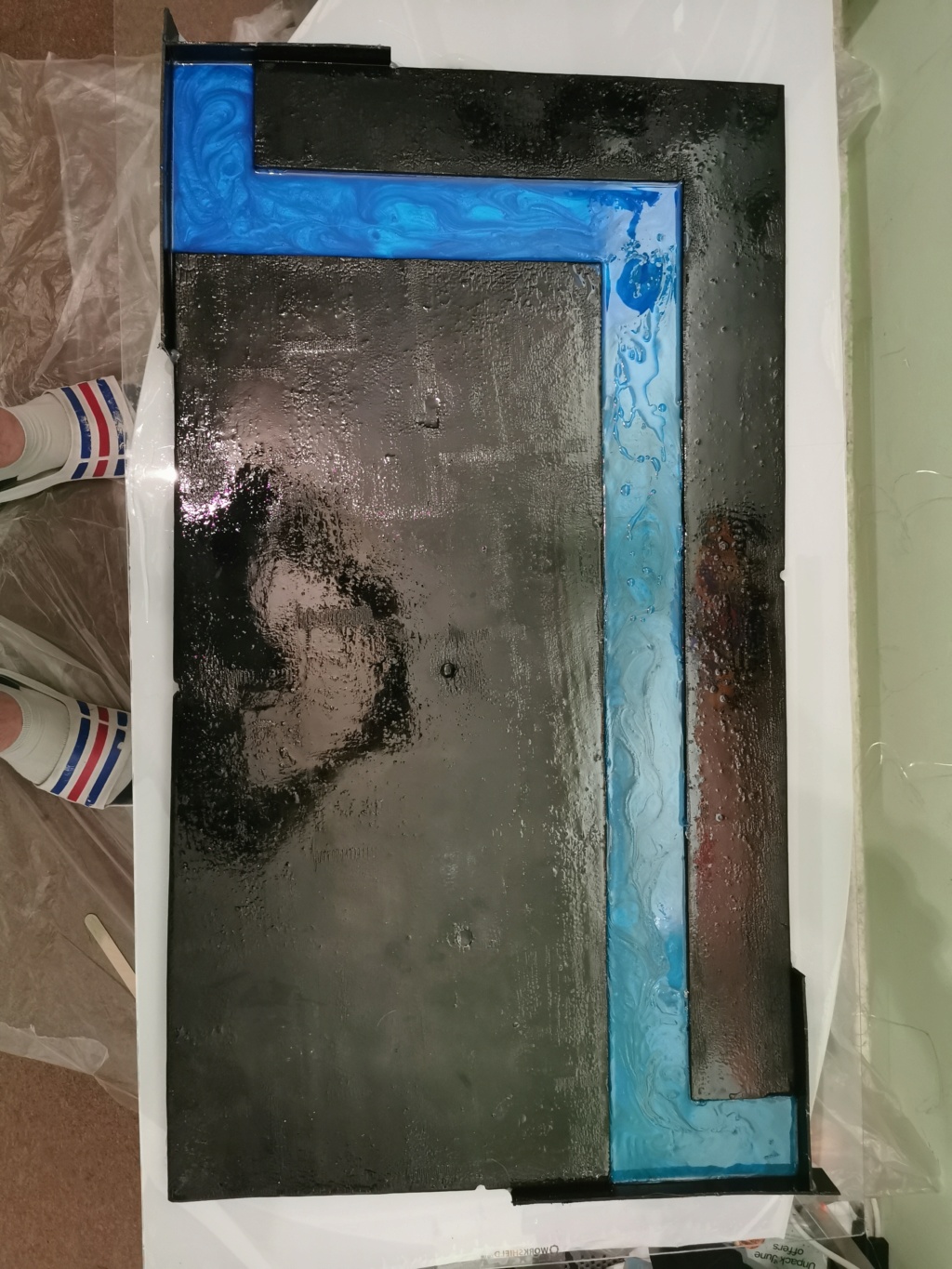 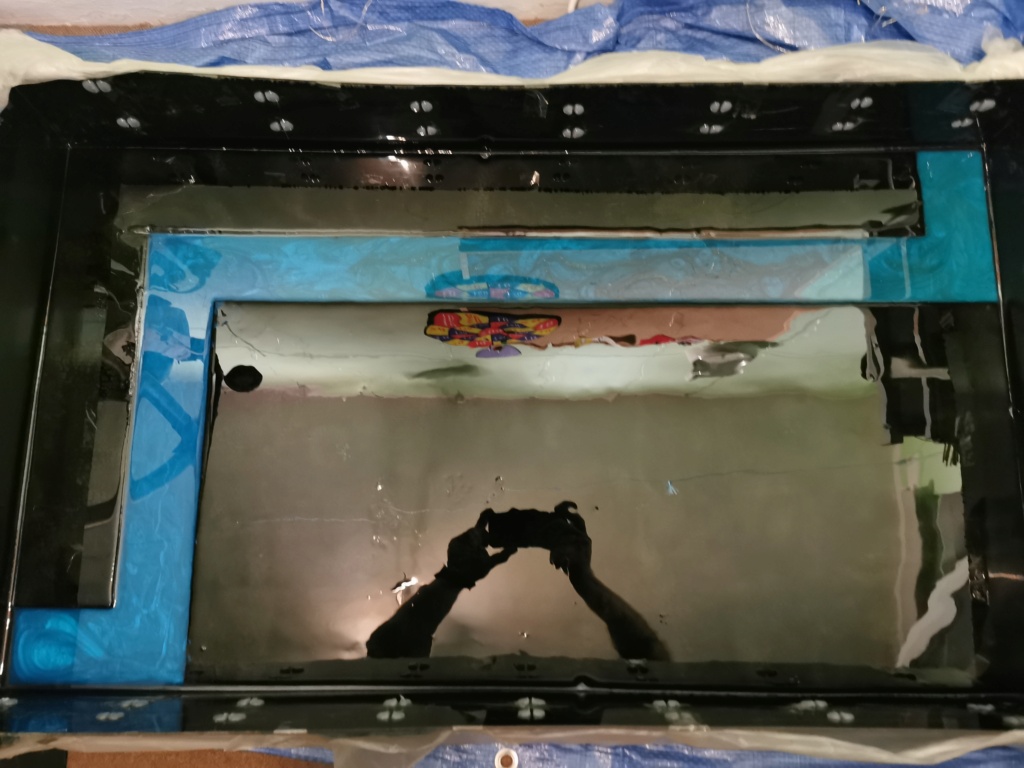 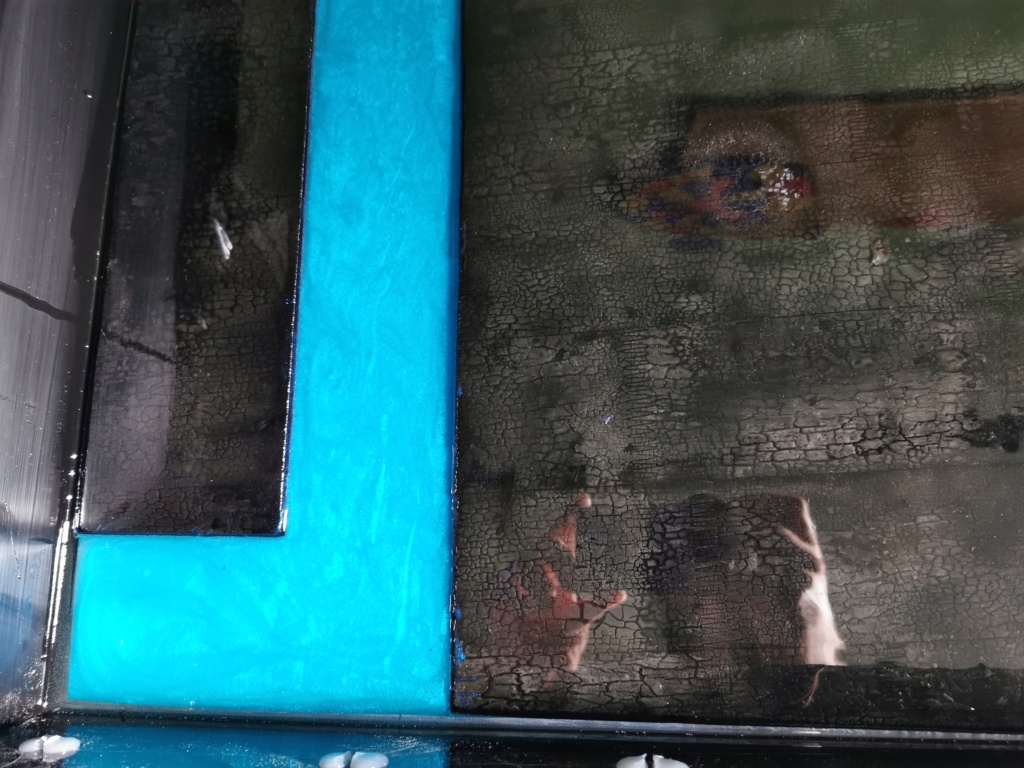 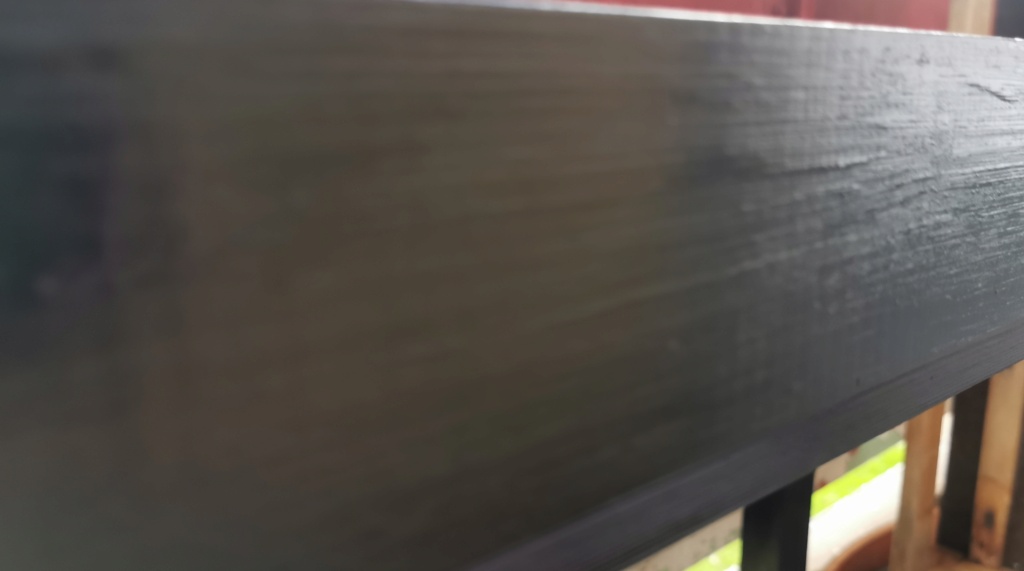 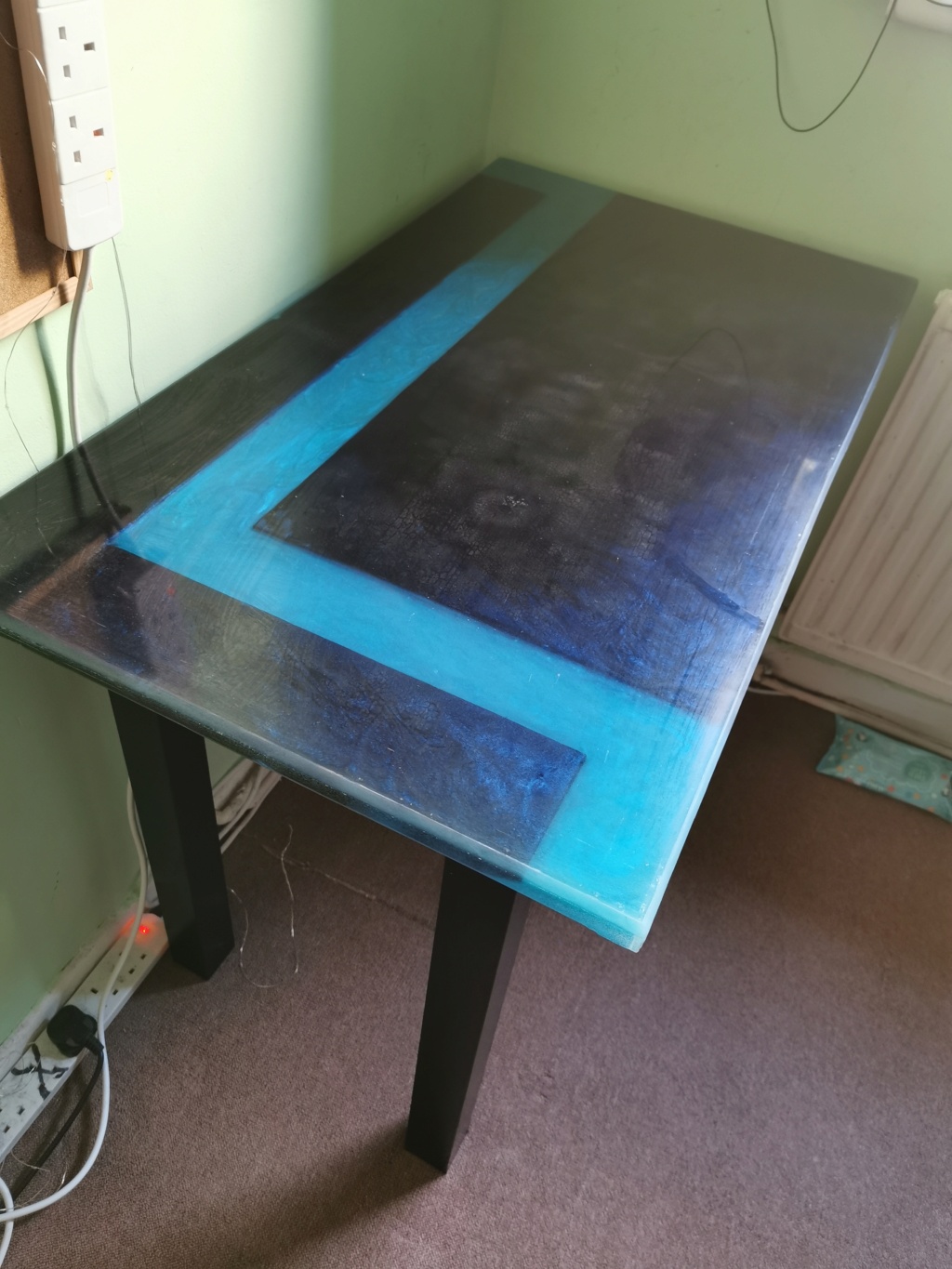 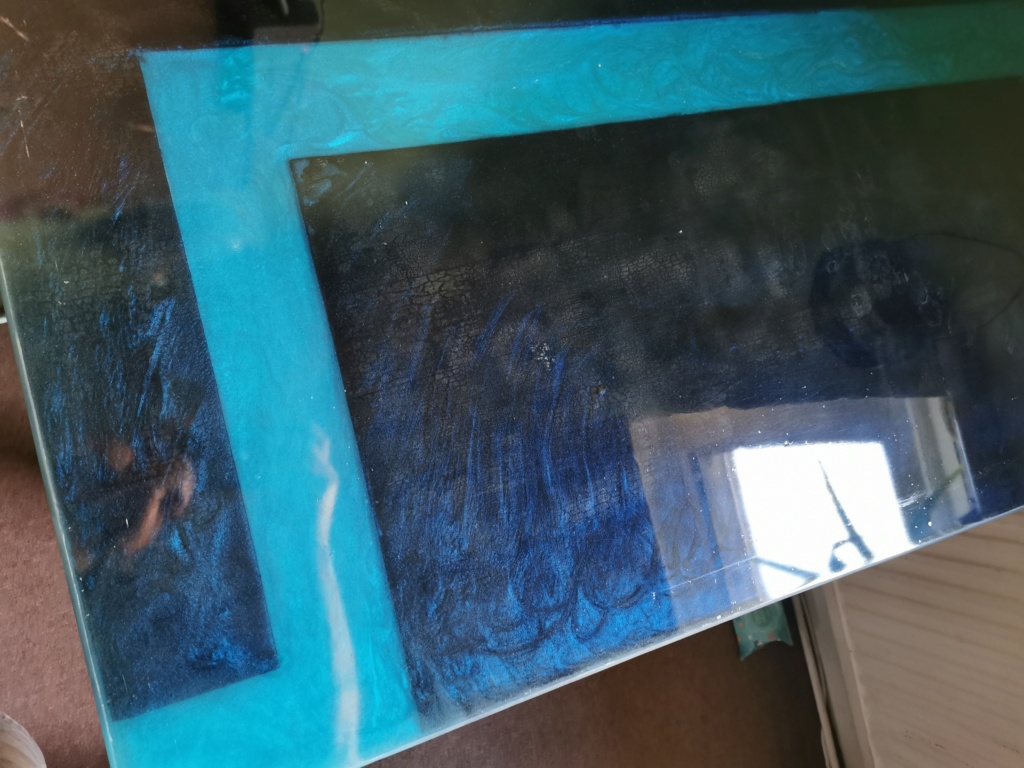 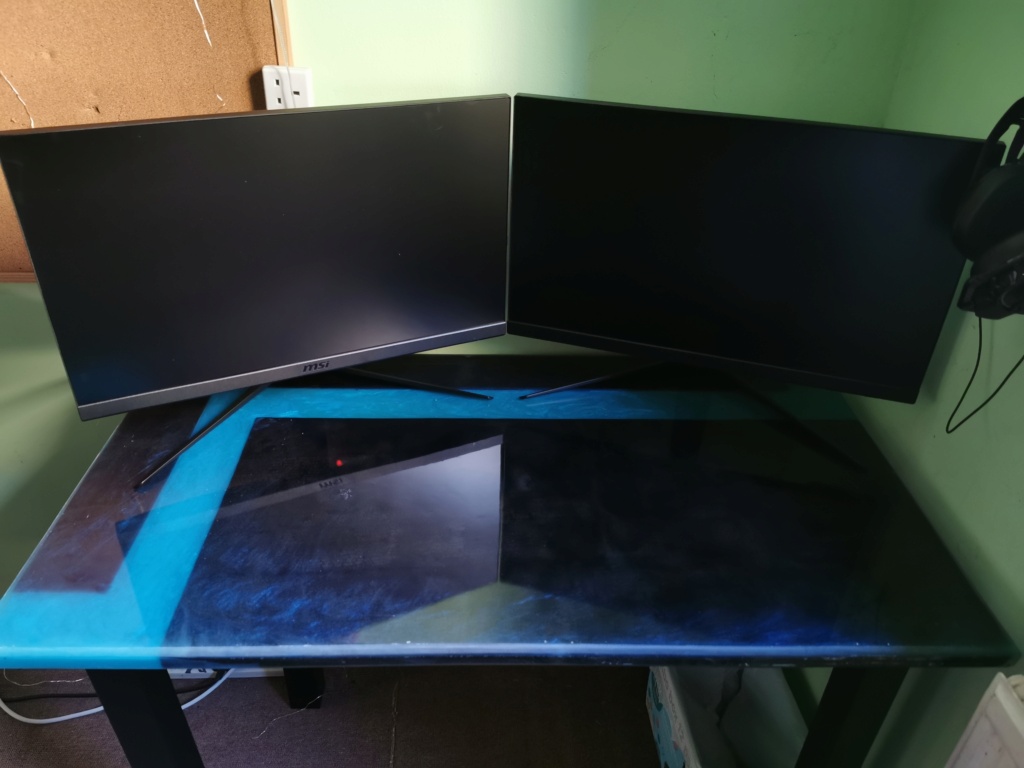 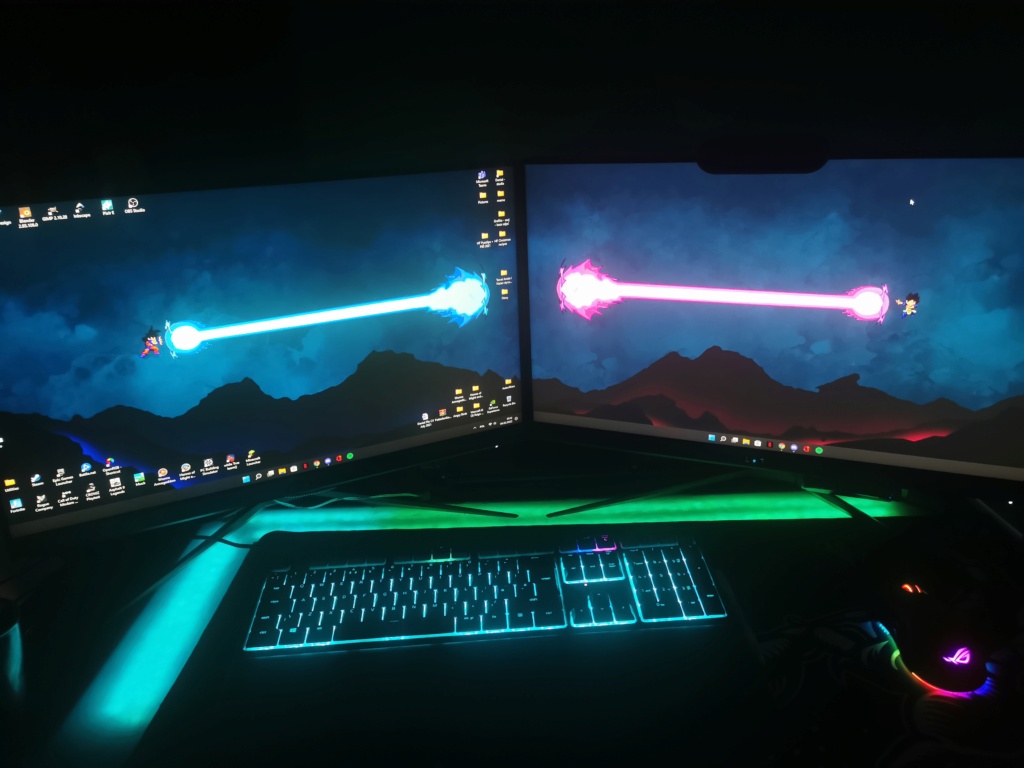 Looks nice I like that blue resin it must look great at night.

What did you coat the wood with first before pouring the resin to prevent air bubbles?

Also I think you should reorder your post to show steps.  I think it makes it easier to digest when reading.

It looks AMAZING! Enjoyed reading your process, very informative and clear. And respect, I know someone who tried their first resin pour and it was so stressful for them as it could go wrong, so easily.

It looks so sleek and love the twin monitor setup too, makes me want to play some Halo Infinite :p

It looks AMAZING! Enjoyed reading your process, very informative and clear. And respect, I know someone who tried their first resin pour and it was so stressful for them as it could go wrong, so easily.

It looks so sleek and love the twin monitor setup too, makes me want to play some Halo Infinite :p

I am not going to lie - I was very anxious attempting this project and as you seen it wasn't without bumps. Again it is not a perfect desk and has flaws but I am planning on fixing them hopefully this year and adding another awesome feature to this providing time permits 🙂

Looks nice I like that blue resin it must look great at night.

What did you coat the wood with first before pouring the resin to prevent air bubbles?

Also I think you should reorder your post to show steps.  I think it makes it easier to digest when reading.

The first coat of the wood was with the same resin I was using to coat the whole peace - just a thin sealing layer as seen on the picture with the reclaimed milk bottle as resin container (HDPE, so after resin is cured you can reuse after taking the cured piece out!):

I think that there isn't a edit topic button anywhere I could see, so if you could point it out - I would love to act on your suggestion to place the pictures where the steps are!

Great table by the way 😊  I am also prolific yakisugi'er